As you may already know, EBC has created the #ILoveMyBrain logo as a communication channel for pulling together all the work being done to promote brain health. We believe that by bringing together the diverse activities aiming to reduce the prevalence of brain disorders, the entire community can benefit.  Using a common logo, which is repeatedly seen in public and in the media, will help gain more attention for brain disorders from EU policy makers and society at large.

The aim was not to create a logo that is “owned” by EBC. Rather, we encourage you to use this logo and the hashtag #ILoveMyBrain to help promote any activity that is connected to brain health and brain research.  We hope that over the next few years it becomes as recognizable as the other symbols which have been so effective in attracting resources to specific diseases: the pink ribbon for breast cancer, the red ribbon for HIV, etc.

In light of this, we have decided to create an official launch of the #ILoveMyBrain logo, set for February 14th, Valentine’s Day. As part of the launch, we are creating a Thunderclap campaign, and need your support.

Thunderclap is an online platform that lets individuals and organizations rally people together to spread a message, released at the same time across the social media platforms of those who have pledged to support. You may think of it as an online flash mob where you will be joining our other supporters in sharing our message at the same time on the date we have selected (Valentine’s Day). As the name suggests, Thunderclap is a powerful way to get our message out to as many people as possible, because aggregating the posts and releasing them at the same moment breaks through the “noise” of general news by flooding social media with the same message.

All that is needed for your support is to follow the link and sign up to support with Twitter and Facebook. Once you have done this there is no need to do anything further, Thunderclap takes care of the rest.

Our goal is have 250 supporters sign up on our Thunderclap page to help reach as many people as possible with the same message, and in the spirit of Valentine’s Day, to love and look after our most valuable asset: our brains. To sign up and support click here.

We would also like to take this opportunity to wish everyone a Happy New Year and thank you for your continued support. 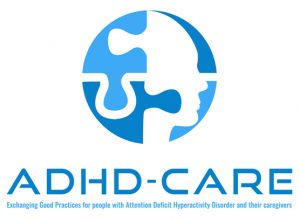